New Music Volume 6 features new material from Quantic, The James Hunter Six, The Soul Immigrants and King Bee. As well as this we have previews of forthcoming tracks from modern day funk legends Funkshone and Deep Street Soul

Please support these artists by purchasing the music you love.

The Escalators, a blues/jazz/reggae band formed six years ago and focused their efforts as a wedding band. In the last couple of years they’ve got a bit more serious and laid down 2 studio EP’s and have toured extensively up and down the east coast of Australia.

Open Fire is the first single from their latest offering “From The Hip“. It has a real laid back reggae-influenced groove. Most probably inspired by their hugely successful and very chilled out winery’s gigs in the Milton district. Keep an eye out for these guys, big things to come. 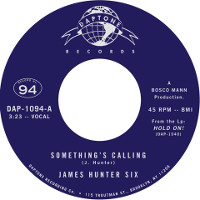 This is James Hunter’s fourth album but the first for Daptone Records. He’s teamed up with Daptone’s very own Gabriel Roth on production duties and what a combo! Hunter already an established rhythm and blues artist, this album takes his sound to new heights.

As always with Daptone Records you can expect an authentic sound, and by golly you’ve got it in spades with this album. If we didn’t know better we would have sworn this was recorded in the R&B hey days! 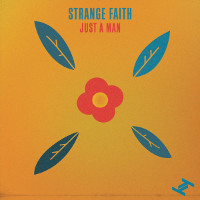 This release fell under our radar at the end of last year but we’re glad we finally picked it up.

Strange Faith are a country/soul/jazz outfit with two albums out on the UK’s Tru Thoughts label. With a line up of Jeb Loy Nichols on vocals and the man behind Nostalgia 77 among the musicians, you know this is gonna be good.

The product of a recording session at Antonio Feola’s Fish Factory studio in London. Just A Man is bluesy laid back soul, perfectly made for a lazy sunday afternoon.

Amana Melome is a Caribbean-American singer, born in Germany but she spent her years growing up all over the world. She’s an accomplished singer with an appreciation of all music genres, mainly due to the fact that she was exposed to so many different cultures growing up.

This track is taken from the remixes EP released last month for her “Lock and Key” album. Amana’s sound is neo-soul meets jazz (her grandfather is jazz bassist Jimmy Woode). Daz I Kue doesn’t mess with the original too much, just enough touches to enhance an already awesome track.

Quantic aka Will Holland really needs no introduction. One of the early artists on the Tru Thoughts label. From his Quantic Soul Orchestra, collaborations with Alice Russel and the Quantic Combo Barbara. Everything he touches turns to gold.

Western Transient is Quantic’s latest project and sees some of his favourite musicians from LA and across the States come together to play on new compositions. This new material aims to emanate the classic sounds of soul and jazz. Creation, originally a soulful jazzy instrumental is given a re-fresh, with vocals added by LA singer Jimetta Rose.

King Bee are a 7 piece jazz/funk outfit from Newcastle, UK. This is the first new material since releasing their self titled debut LP last year.

The 45 comes with 2 versions, The Original and a Smoove Remix. We feature the Smoove Remix here, but it was a real toss up which version to showcase. Both are seriously good, Smoove does what he does best on the remix. But we just can’t wait to hear more music from this outfit. Here’s hoping they have an Australian Tour planned soon!

It’s been a while since we heard new material from Deep Street Soul. The Melbourne-based outfit are purveyors of Heavy Funk and Deep Soul and the wait has been worth it. On this 45 we get 2 cuts that will destroy any dancefloor. 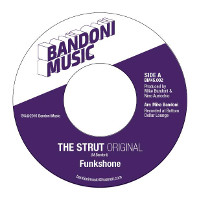 A full band version of ‘The Strut’ was released on Funkshone’s first LP but after repeated requests from DJs that heard this version. Mike has decided to release this as a limited (300) vinyl 45.

Here we bring you an excerpt of The Strut, you’ll have to wait til it’s release to hear the track in its full glory.

Hailed as one of the best funk and soul outfits from the UK and with spins from The Craig Charles Funk and Soul Show and heavy support from DJ’s Snowboy, Dom Servini and DJ Prestige this is modern day funk at it’s very best!

Their debut LP “The Hustle Is On” is out on P-Vine Records (Japan) and the band are looking for other licensing parties. We just can’t fathom why they haven’t been snapped up! This 6 piece outfit will have you struttin’ all night long. Super stuff!! 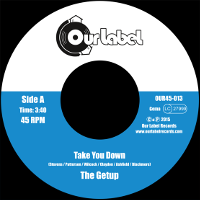 We featured the A Side of this 45 in New Music Volume 5 and we love the flip so much we just couldn’t resist including it here. With 2 LP’s and a string of 45’s under their belt this Hammond/Funk outfit causing big waves in the UK’s funk and soul scene

A fine finish to this edition of New Music, it’s raw, 100 mile an hour funk and we love it.