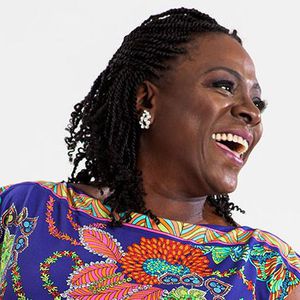 Sharon Jones, the undisputed queen of modern day soul died yesterday at the age of 60.

Sharon and her band The Dapkings turned a new generation of music lovers onto sixties inspired soul music.

They were the inspiration for many bands and artists that have now become part of the burgeoning contemporary funk and soul scene.

Sharon came to the music business late in life at the age of 40. But anyone who has seen her live will testify to the fact that she was simply born to sing and entertain.

Sharon was diagnosed with pancreatic cancer in 2013. When she was diagnosed she was just about to release a new album “Give the people what they want“. The album and associated tour were postponed while Sharon underwent treatment. She triumphantly returned to the stage in 2015.

Once diagnosed Sharon agreed to have a film crew follow her around to document her battle with cancer. The resulting movie “Miss Sharon Jones” is an award winning and very moving piece, made even more moving now that Sharon has left us.

She was in remission but unfortunately the cancer returned last year and after a long and hard fought battle Sharon passed away.

A couple of years ago we put together a Tribute to Sharon Jones and it only seems fitting to spin this set again and again.

Our thoughts go out to Sharon’s family, friends and the entire Daptone Records family.