UK Promoter Adrian Gibson has just announced the lineup for a new Funk, Soul and Breaks festival happening in July 2017.

The lineup includes some Worldwide and European exclusives. Artists confirmed so far include Syl Johnson, The Poets of Rhythm, The Sugarmen 3, Will Sessions, The New Mastersounds, Mickey & The Soul Generation, Rickey Calloway, Renaldo Domino, Orgone, Speedometer, Funkshone, The Getup, Crowd Company and The Soul Immigrants.

More artists to be added to the lineup so keep your eyes peeled for more info.

“So, after much hard work we finally can announce the line up for the Funk Weekend in July 2017.

Named after the Eddie Bo Funk 45, “Hook & Sling” is a new event focusing on the Funk & Soul Scene bringing together Vintage Artists – most of whom are appearing for the first time in Europe – and the Best of Today’s Generation.”

See the flyer below for info and keep an eye on musicformodernliving.com for more details as they are announced. 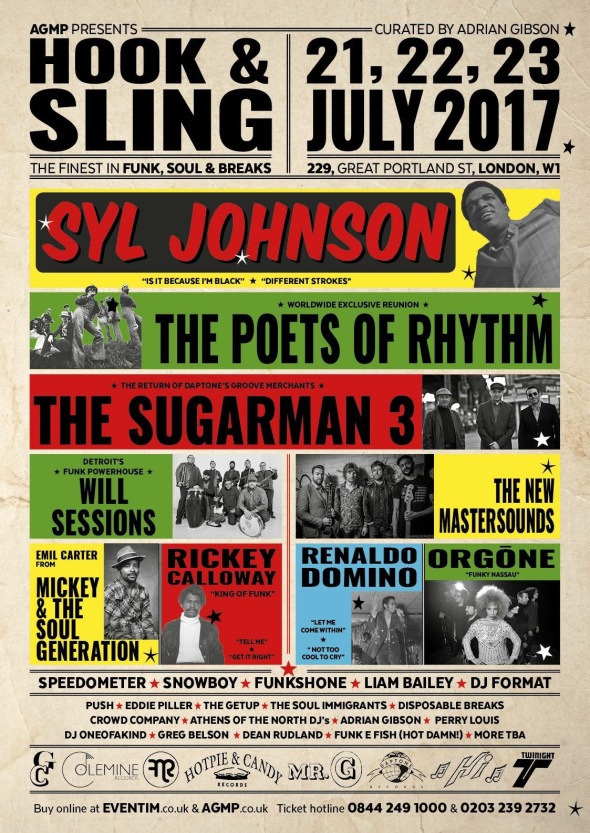